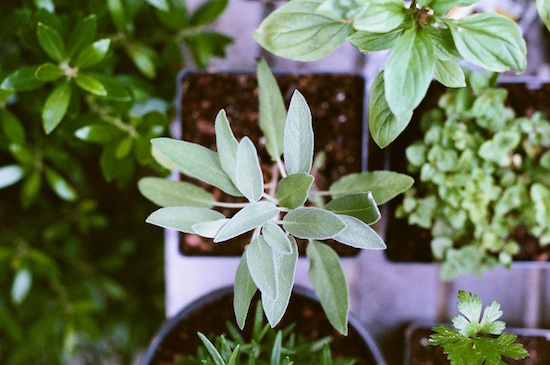 In addition to medication, talk therapy, peer support, and specialized treatments, there are also several alternative treatments that have shown promise in assisting in treatment of mental health problems.

What is Complementary & Alternative Medicine (CAM)?

CAM is the shorthand used for therapies and medicines that have shown to be effective in treating mental health problems, but may or may not be widely used by doctors or fully backed by the US Food and Drug Administration (FDA). CAM encompasses a range of non-medical assistance, some of which are outlined below.

Neuroprotectant: an agent that assists in protecting the synapses in the brain from breaking down, potentially preventing illnesses such as Alzheimer’s, Huntingdon’s, Parkinson’s, or Dementia.

Neurohormone: Any hormone produced and released by neuroendocrine cells (also called neurosecretory cells) into the blood.

Citicoline, also known as diphosphate-choline (CDP Choline) is a natural chemical in the brain. One study found evidence that Citicoline works effectively as a neuroprotector, and another Italian study confirmed its effectiveness in treating vascular dementia.

Chromium has been found to act as an antidepressant in atypical depression, which is often marked by increased appetite, excessive hunger, and carbohydrate cravings. Chromium should be monitored by a physician, especially in conjunction with immunosuppressive drugs, beta-blockers, and insulin.

DHEA (5-Dehydropiandrosterone) is a natural steroid produced in the adrenal glands. A form of DHEA called 7-keto DHEA (3-acetyl-7-oxodehydroepiandosterone) supposedly has fewer side effects. DHEA should be closely monitored by a physician due to the potential hormonal side effects. So far, research has been limited to the effectiveness of DHEA and more studies are required. Based on current research, DHEA has shown potential to help treat PTSD and Schizophrenia.

Folate, also known as folic acid or vitamin B9, is an important nutrient most commonly found in leafy vegetables and prenatal vitamins. Folate is a sensitive nutrient, meaning that its ability to be properly absorbed into the body can be affected by cooking, other medications or supplements, chronic illnesses, poor diet, alcohol use, or tobacco use. Folate has been shown to assist in reducing depressive symptoms in men and women, improving cognitive function, and reducing depressive symptoms in people with both depression and alcoholism. Folate has also shown to be an effective neuroprotectant.

Ginko Biloba is a Chinese herb that has confirmed neuroprotective effects. However, some sources question the effectiveness of ginko biloba in the prevention of Alzheimer’s. In addition to being a neuroprotectant, ginkgo biloba is being studied as a potential complementary therapy for schizophrenia and ADHD, for protection against damage caused by some anti-psychotics, and for the treatment of depression. Ginko biloba has minimal risk, but still should be discussed with a physician before taking it with other medicines.

Inositol, also known as Vitamin B8, has been found to reduce depression, hostility, tension, and fatigue. Small studies have shown Inositol to be helpful for depression, anxiety, panic disorder, and promising for obsessive compulsive disorder, eating disorders, and bipolar disorder. Studies have found that Inositol is not effective in treating schizophrenia, dementia, ADHD, and autism.

Melatonin (N-acetyl-5-methoxytryptamine) is a neurohormone associated with sleep. Although there is some question to its effectiveness, melatonin has been recommended to help treat jet lag and shift work adjustment. It is promising for most sleep disorders, including sleep latency, insomnia, sleep disturbances, and general sleep enhancement. There is less evidence to suggest that melatonin may be beneficial in treating circadian sleep disorders, side effects of schizophrenia, benzodiazepine withdrawal, high-altitude adjustment, insomnia in autism, rapid eye movement behavior disorder, seasonal affective disorder, drug withdrawal symptoms, and depression.

Fish Oil (Omega-3 essential fatty acids) has been widely studied for its positive effects on heart health. Evidence is split on the effectiveness of fish oil for treating depression, although the studies show that the potential is definitely promising. Research is still ongoing about the potential effects of fish oil on dementia, perinatal and postpartum depression, schizophrenia, borderline personality disorder, ADHD, seasonal affective disorder, dyslexia, self-harm, and childhood mood disorders. Overall, it is a low-risk supplement to try. Doctors recommend eating fish (not fried) twice a week as opposed to taking fish oil supplements if possible.

Rhodiola rosea, called rhodiola, and known as “golden root” or “arctic root” is often used in Euroasian medicine. Rhodiola has been used to treat conditions such as stress, fatigue, anxiety, depression, and cognitive impairment in Eastern Europe and Asia, and is gaining popularity in the United States. Rhodiola is also a promising neuroprotectant. It has been suggested for adjunct use (alongside other medications) as it increases mental and physical energy and improves mood and stress tolerance. Rhodiola should not be used in conjunction with MAOIs.

St. John’s Wort is one of the most widely known CAM treatments and is often used to treat mild to moderate depression. Studies have shown that it can also be beneficial in treating somatoform disorder and seasonal affective disorder. Talk to your doctor before taking St. John’s Wort, especially if taking other psychotropic medications.

S-adenosyl-L-methionine (commonly called “SAM-e”) is a naturally occurring chemical in every cell in our body. SAM-e has proven to be an effective treatment for depression and can be used alone or in conjunction with other antidepressants. Preliminary research suggests that SAM-e may also be beneficial in treating dementia and ADHD. Many doctors agree that SAM-e should be the first route for treating depression due to its effectiveness and short list of side effects.

Tryptophan is an amino acid and works to increase levels of serotonin in the brain. 5-HTP (5-hydroxy-L-tryptophan) is a variant of tryptophan, and has been shown to successfully supplement tricyclic antidepressants and MAOIs. 5-HTP has been used for years to treat other illnesses such as fibromyalgia, insomnia, binge eating, cerebellar ataxia, and chronic headaches.

Valerian has been used in the past to treat sleep disorders, however there is not enough evidence to make any conclusions yet. Valerian has limited side effects and may provide much needed relief from sleep disturbances, even if it cannot cure them.

Medical Marijuana has been researched for its potential to treat a variety of different ailments, from depression to chronic pain to post traumatic stress disorder. Several studies have found that components of marijuana can alleviate symptoms of depression and PTSD, although it is worth noting that the relationship between marijuana and depression symptoms is complex. For example, studies have also shown that regular and heavy marijuana smokers are at a higher risk for depression. Marijuana should only be used as an alternative treatment if legal in your state and with the supervision of your doctor. 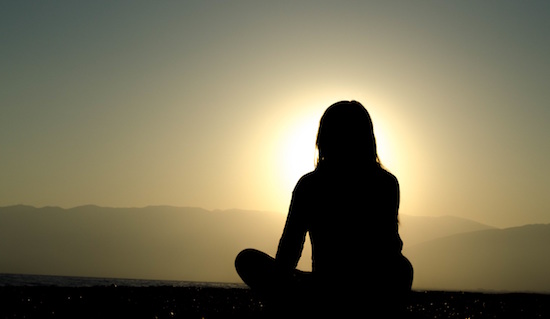 Meditation is “engaging in contemplation or thought”, and can be considered a type of mental exercise. Meditation is difficult to evaluate in a scientific way because of how diverse meditation is, and how meditation can be different for everyone. For the research that has been done, meditation has been increasingly shown to help with depression, anxiety, schizophrenia, PTSD, and ADHD. Meditation almost always has a spiritual component to it, although one does not have to be spiritual in order to reap benefits from meditation.

Yoga is a discipline founded in Hinduism which focuses on breath control, simple meditation, and the adoption of specific body postures. It has been shown to increase body awareness, relieve stress, reduce muscle tension, sharpen attention and concentration, and calms the nervous system. Additionally, yoga has helped to enhance social well-being and improve the symptoms of depression, ADHD, sleep disorders, and even schizophrenia.

Reiki (RAY-kee) is a touch therapy that is a “subtle and effective form of energy healing using spiritually guided life force energy.” Reiki is administered through focused areas of touch to channel energy into the body. Like meditation, Reiki is considered a spiritual therapy, but one does not need to be affiliated with any particular religion in order to benefit. Studies have shown that Reiki does have a definite effect on stress, depression, and hopelessness.
More information on Reiki

Tai Chi is a type of martial art that uses slow, rhythmic, and meditative body movements designed to enhance relaxation and peace. While tai chi was created to be a form of defensive arts, it has evolved to become a sort of “meditation in motion” that has been effective in treating anxiety, stress, and a number of other mental health problems.

Acupuncture is a body treatment that involves pricking the skin or tissue with needles to alleviate a variety of different types of physical, mental, and emotional pain. In recent studies, such as a comprehensive review in CNS Neuroscience and Therapeutics, acupuncture was shown to be comparable in effectiveness to Cognitive Behavioral Therapy in the treatment of anxiety.

BioFeedback is a treatment technique that utilizes signals from a client’s body, such as using a thermometer to tell if you have a fever, or using a scale to tell if you’ve gained weight. By understanding the signals your body is sending, therapists can use those signals in treatment. A typical biofeedback session will employ electrodes places on a patient’s skin; the patient can then see their heart and breathing rates on a monitor. Stress is introduced and then a patient uses their coping skills to see the feedback on the monitor improving and they can see the control of their body’s response to stress.

Essential Oils have become increasingly popular in recent years. Also known as aromatherapy, the idea is that certain scents can have measurable impact on many physical and emotional ailments. Common oils include Lavender for relaxation, sleep-promotion, and stress relief; lemon for energy boosts; ylang ylang, chamomile, and sage for anxiety and insomnia; and rosemary and geranium for a mood booster.
It is important to note that not all oils are safe for all people. Allergies and skin irritants are common, so be cautious when utilizing aromatherapy. Additionally, not all oils are created equal.

Pittsburgh researchers may have found ‘cure’ for some untreatable depression 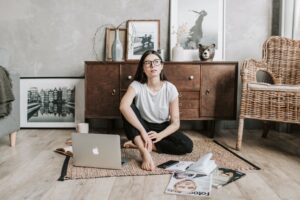 Acupressure, a type of alternative medicine, may complement other treatments to ease anxiety. Several acupressure points for anxiety may offer relief, including areas on the hands and face.