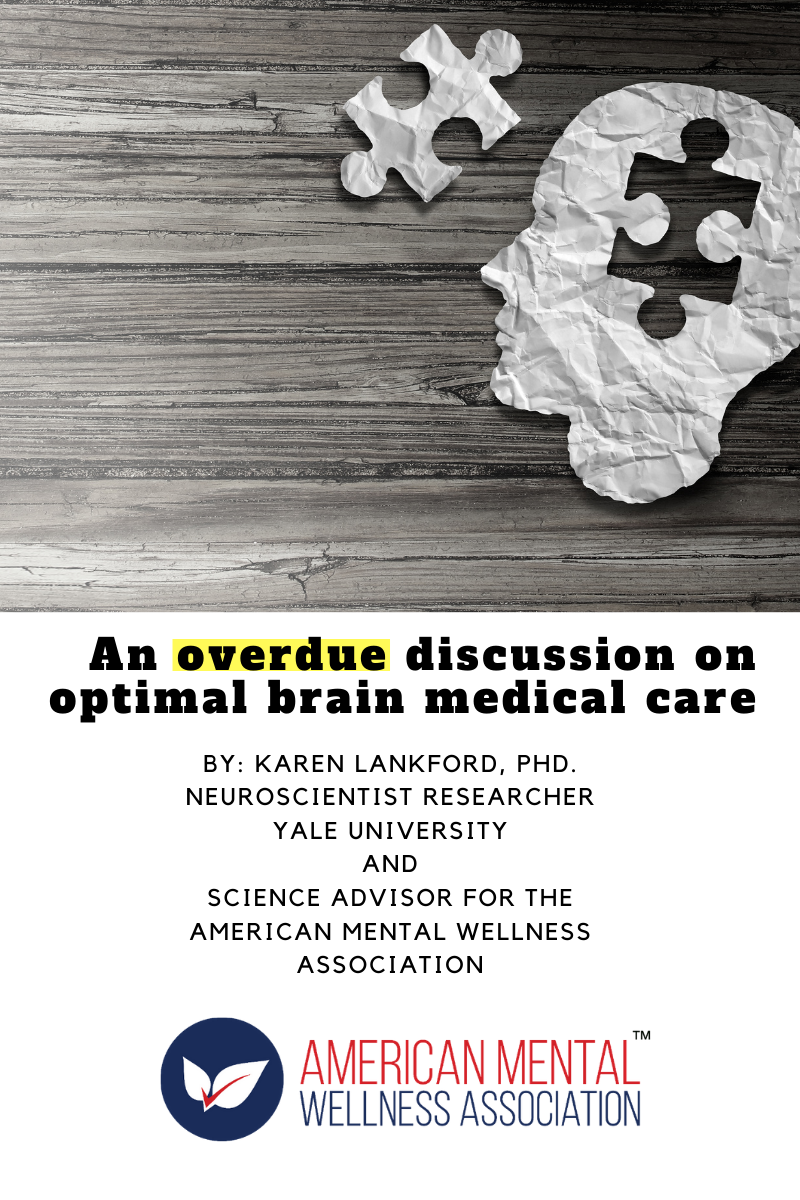 There is a long overdue debate currently going on in the pages of the Journal of the American Medical Association (JAMA) over whether the separation of Neurology and Psychiatry into two separate disciplines still makes any sense.  Both specialties, after all, deal with disorders of the brain and there are not any other medical specialty where doctors focus on only half of an organ.  You do not have to make an appointment with one doctor to look at the right side of your heart and a second specialist to look at the left side.  And yet, for some reason, you still need to consult two different doctors to address problems with your brain.

Historically, the roots of Psychiatry can be traced back to the philosopher Descartes and his concept of mind-body duality.  Thought, by this line of reasoning, was regarded as a metaphysical phenomenon and something quite separate from anything happening within the body.  Hence, disorders of thought were not believed to be linked to physical injuries or ailments, and they were not expected to respond to the same kinds or treatments used to address physical ailments.  In the early days of psychiatry, practitioners focused exclusively on talk therapy as a treatment approach.  Psychiatrists attempted to identify past experiences which lead to the current disordered thinking and then encouraged patients to change their way of thinking.  Neurologists, however, were focused on the physical organ of the brain.  They sought to identify which part of the brain was injured and what kinds of structural damage were responsible for dysfunctions in sensation or movement.  Neurologists hoped to find surgical interventions or drug treatments that might help their patients.  They considered talking to their patients as simply one tool they could use to clarify their patients’ symptoms and help them understand the causes and natures of their disabilities and how they might work around them.  They did not consider talk to be a form of treatment.  Neurologists and psychiatrists therefore approached their professions and their patients with entirely different mindsets.

As researchers learned more about the brain however, neuroscientists increasingly came to understand that both “neurological” and “psychiatric” conditions were caused by the same underlying set of problems.  The same genes and environmental stressors that caused sensory symptoms and movement disorders also caused disorders of thought and emotion.  The same neurotransmitters and neurotransmitter receptors were involved in regulating nerve cell communication throughout the brain and the same drugs that target these neurotransmitter systems could be used to treat both kinds of conditions.  Synaptic connections could be strengthened, weakened, or subtly altered by the patterns in which they were used, and physical therapy, cognitive therapy, and trans-magnetic cranial stimulation all had physiological effects.  They just targeted different synapses in different regions of the brain. What neurologists and psychiatrists were doing to help their patients was not quite so different after all.

The main argument for maintaining the current arrangement is the notion that the brain is more complex than other organs and since different skill sets are required for treating neurological and psychiatric symptoms, it makes sense to divide the professions.  The main argument for changing the status quo is that both neurologists and psychiatrists could benefit from the kinds of training that their counterparts receive.  All too often, patients with brain disorders experience both neurological and psychiatric conditions and the doctors who treat them need to understand both.

The firewall created between psychiatry and the rest of the medical profession, as it exists today, greatly complicates the treatment of patients with dual neurological and psychiatric diagnoses. Because of the stigma surrounding mental illnesses, physicians treating other conditions cannot access their patients’ psychiatric treatment records.  Neurologists do not always know what “psychiatric medications” their patients have been prescribed, even though they also often prescribe the same medications off label at other doses to treat neurological symptoms. If neurologists do not know about other medications that their patients are taking which target neurotransmitters or their receptors, they risk causing severe drug interactions. If neurologists cannot communicate directly with their patients’ psychiatrists, they also cannot coordinate a treatment plan to address both the physical and psychological symptoms of a brain injury or disease.

The lack of coordination among neurologists and psychiatrists can present a serious impediment to patient care.  Neurologists know that roughly 60% of their Multiple Sclerosis (MS) patients will experience an episode of clinical depression directly caused by a MS lesion and that roughly 30% of their stroke patients will experience depression, anxiety or PTSD like symptoms as a result of their brain injury.  Often neurologists can point to a spot on an MRI and know what kinds of cognitive and/or emotional symptoms their patients are likely to be experiencing, and yet, they do not have the training and skill sets to properly diagnose or treat these conditions. They must refer such patients to a psychiatrist.  On the other hand, psychiatrists rarely have the ability to read an MRI, cannot fully understand the other symptoms that a MS or stroke patient is experiencing, and lack training in communication skills required for treating patients who have difficulty speaking.

Neurologists have developed strategies for having patients with aphasia answer questions with hand squeezes etc., but they do not always know what questions to ask in order to elicit meaningful information about their patients’ emotional states.  Psychiatrists know what questions to ask, but not how to frame them in a way that a physically impaired patient can respond.  Neurologists are used to speaking for their patients with other medical professionals when their patients cannot speak for themselves or are unable to recognize what is wrong with them.  For example, a neurologist might arrange a series of sessions with an occupational therapist and explain that their patient is unable to see on one side of his/her visual field but does not know they cannot see half of the world.  The neurologist will tell the occupational therapist that he/she will need to teach the patient to use mirrors or other techniques to bring things to where they can see them.  However, a neurologist cannot schedule visits with a psychiatrist and explain to the other doctor that  the patient has suffered damage to the part of his brain that calibrates emotional responses and plans and organizes actions and will need to be taught new strategies to deal with his frustration and emotional volatility.  Looking for a cause of his emotional problems in childhood experiences or current marital problems would be a waste of time.   The mirror image of this problem occurs when a patient with a pre-existing psychiatric condition suffers a head injury or stroke.  Without a full medical history, neurologists cannot tell whether involuntary movements are the result of injury to the cerebellum or by antipsychotic medications.  They cannot tell whether a change in emotional state indicates that the patient has had a second stroke or new MS lesion and needs an MRI, or if they have stopped taking their bipolar medications and needs to be encouraged to restart that treatment.

Regardless of what the medical profession decides to do about the way it organizes itself, the present policies of strict segregation between psychiatry and the rest of the medical profession is unsustainable. And, quite frankly, not optimal care for the patient. Patients with psychiatric conditions need to have an integrated treatment plan for their health.  Unfortunately, in the name of protecting patients from discrimination by other medical professionals, they are being denied the kind of coordination of care that would give them the best chance of living a long and healthy life.