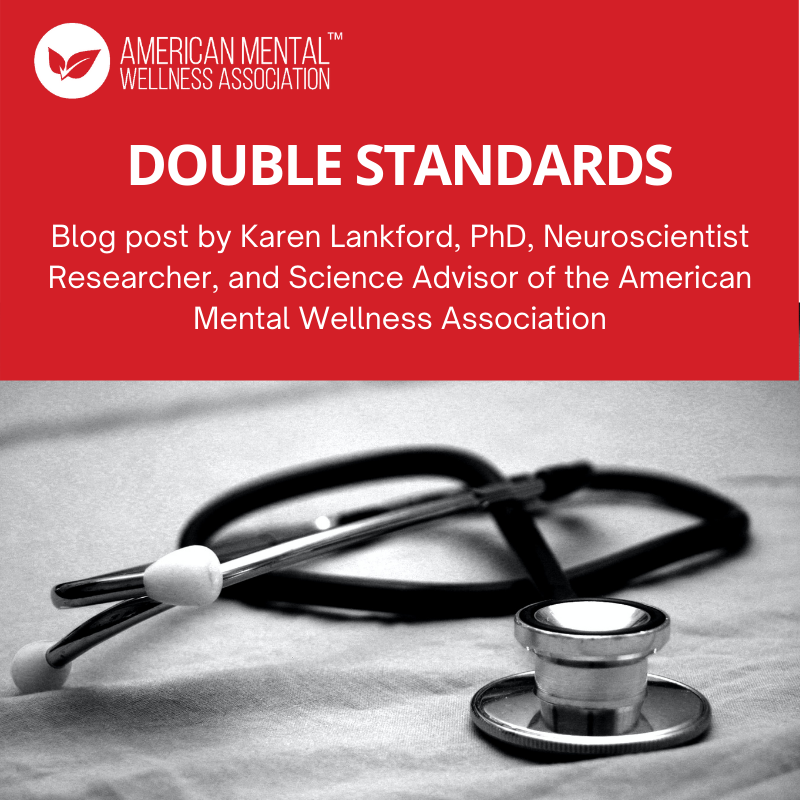 If a neurosurgeon asked your permission to drill a hole in your skull and you could not apprehend any logical purpose or reason for such a thing, you would probably say no. If an EMT wanted to take you to a hospital after an accident but you were certain that you were uninjured, you would probably decline the ride. If, on the other hand, you understood that you had a brain bleed and were likely to slip into a coma and die unless the pressure on your brain were relieved, you would probably agree to the scary sounding brain surgery. Likewise, if you were aware that you had a compound fracture and likely some internal injuries as well, you would be eager for a trip to the ER.

Psychiatrists are not the only medical professionals who must deal with patients whose medical conditions render them unable to recognize a need for treatment. The two situations described above represent just two examples of conditions where patients in need of medical treatment often decline care because they do not recognize the need for it. Pressure on the brain from a subdural hematoma (a brain bleed) tends to interfere with a person’s ability to think or reason clearly, causing patients to feel mentally sluggish and tired. They just want to go home, take a little nap, and maybe talk about this surgery thing in the morning, which, unfortunately, would be too late.

Similarly, major physical trauma often causes patients to go into a condition of neurological shock, rendering them unable to experience physical pain and creating a kind of blind spot about any injuries. They will often refuse to even look at, let alone acknowledge, obvious wounds. Patients in shock commonly feel an urge to hide their injuries and flee to a place of familiarity and perceived safety. This instinct served our ancestors well when they needed to escape from the lion that had just mauled them, but has little utility in the modern world, where heading to the ER is a much better choice.

Understanding that many injuries and illnesses can interfere with the ability of patients to recognize their need for treatment, neurologists, neurosurgeons, emergency medical technicians (EMTs), ER doctors, and many other medical professionals, would consider it negligent to fail to treat a patient in obvious need of medical attention, simply because their injury or illness rendered them incapable of recognizing their need.

While many patient advocates consider the current legal standard of treating psychiatric patients against their consent only if the person is deemed to be a danger to themselves or others to be wholly inadequate, it is not necessary to reinvent the wheel in order to develop a more appropriate standard for psychiatric care. Other medical professionals have already established standards of care for addressing situations where patients decline necessary medical treatments because they do not appreciate the need for treatment. If a patient with any condition other than a psychiatric disorder is: (1) clearly in need of medical care, (2) likely to deteriorate without treatment, and (3) unable to recognize the seriousness of their condition, then, someone who is capable of comprehending the situation will be given temporary authority to make medical decisions on the patient’s behalf.

Basically, if a patient declines treatment, saying that they are fine, when this is clearly not the case, doctors will not accept “no treatment” as the person’s real answer. If “I’m fine” is not a credible statement, then neither is “I don’t want the treatment”. Doctors would not simply override a patient’s wishes. They would respect any decisions about medical care made by the patient before they became impaired and the primary doctor, or the patient’s assigned representative, would attempt to deduce what the patient would want if they were capable of making a properly informed decision. For example, ER doctors and surgeons will not transfuse blood into a patient who is known to be a Jehovah’s Witness, since members of that religion consider blood transfusions to be a violation of God’s laws. Doctors would do everything else possible to save the injured patient’s life, but would not transfuse blood, even if the lack of transfusion costs the person his life.

In short, medical professionals respect their patients’ values, but they do not always respect medical decisions which they have strong reason to believe are based on being misinformed. This standard of care is not perfect, but it saves many lives, and there is no logical reason why the same treatment standards applied to other patients could not also be applied to psychiatric patients.