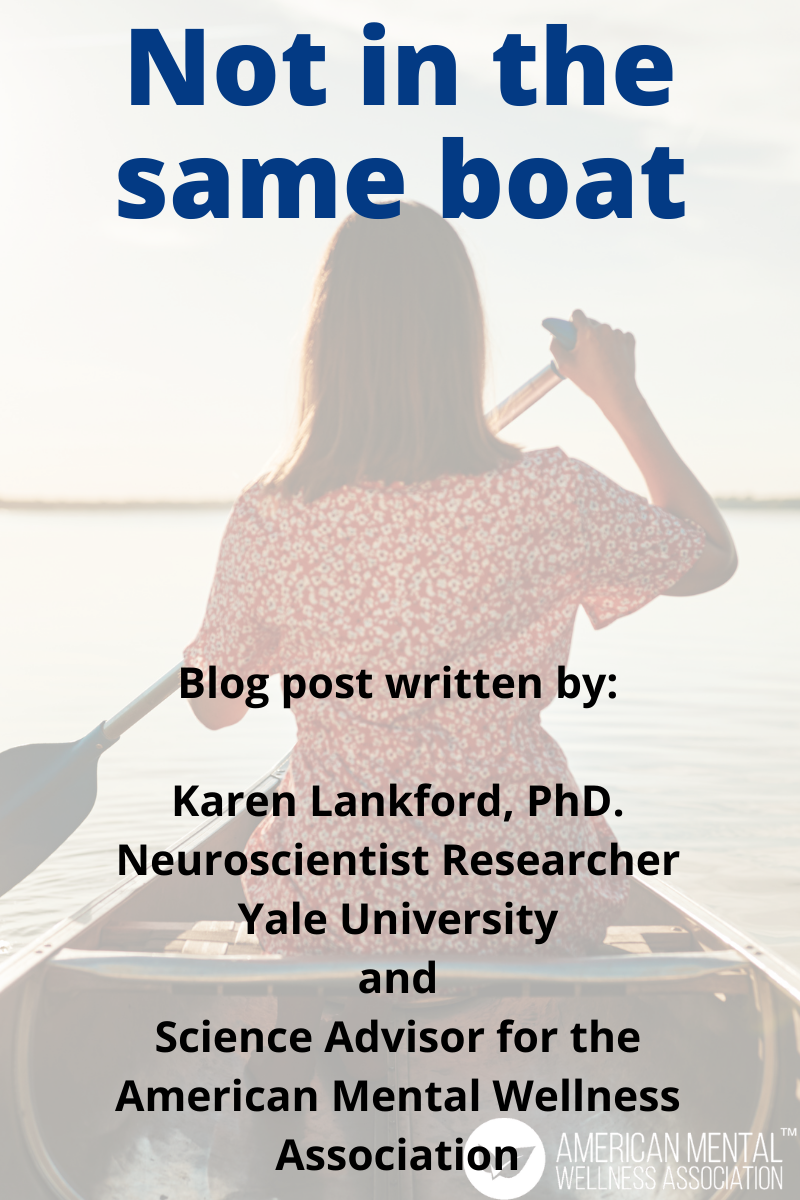 Not in the same boat

My (now retired) boat captain brother in law earned the name Hurricane Harry after his charter cruise was rescued by a Russian freighter off the coast of Florida during one of the season’s unpredictable storms.   When he had left the port at Miami, a hurricane had been detected by radar, but it was far offshore and was predicted to make landfall north of the state, in Georgia or South Carolina.  The company he was working for saw no reason to cancel the charter.   Later in the day, the storm suddenly increased speed and changed direction and Captain Harry realized that they were in trouble.  He did some quick calculations and knew that they would not be able to outrun the storm and reach landfall before they began to be battered with 100 mile per hour plus winds and 20-40-foot-high waves.

Captain Harry was confident that his ship would be able to withstand the storm.  It was a well-constructed sailing ship, built to ride high in the water and run with the wind.  If he gave “the girl” her head and let her go where the storm wanted to take her, she might get a little battered, but she would remain afloat and basically intact.  He was also sure he would be able to survive being hit by the full force of the hurricane.  If he tied himself securely to the deck, remined calm, paid attention to conditions and held his breath whenever a wave overtopped his ship, he would come out fine at the other end.  Looking at his passengers however, the Captain was not so sure they would be able make it.  He could see that the strengthening wind and choppy water was starting to put his passengers on edge.  Any one of them might suffer a heart attack from pure terror when the wind really began to scream or panicking and drown by taking in a lungful of water when a wave hit them.

Captain Harry did the responsible thing.  He got on the radio and put out a distress call explaining his situation.  He had non-seamen tourists aboard a small sailing vessel and they were about to experience the full force of mother nature on the open ocean.  Were there any ships in the area that could render assistance?

The captain of a Russian freighter which had recently taken on a load of grain and was headed for its homeport of Minsk, answered the call.  The freighter captain gave Harry the coordinates for a rendezvous and then slowly turned his massive ship crosswise into the wind so that the passengers and captain could climb rope ladders up onto the deck.

Once aboard the freighter and tucked comfortably into dry quarters below deck, the mood of Captain Harry’s passengers quickly improved.  It had been a little nerve wracking climbing the rope ladders while waves washed completely over the deck and spilled down on them, but they had come through the danger and now had an exciting story to tell their friends.

I think there is a metaphor in all of this.

We may all be facing the same pandemic storm together, but we are not all in the same boat.  The dangers look quite different for those with much less of a support system around them.  When I first hear the story, I was also struck by the fact that Captain Harry had also recognized immediately that, even though his passengers had literally been on the same ship, they had not been “in the same boat.” He had been in an environment where he felt completely comfortable and at home.  He had the skills and knowledge to feel in control of the situation.  His passengers were in an environment that was alien to them.  They were trusting their lives to a man they had met only a few hours ago and a ship that now looked way too small.  For the captain, the ship was a place of comfort and refuge.  For his passengers, it was a place of terror.   Their separate levels of understanding and preparation determined the levels of stress that each was feeling, even more so than the physical threat of their situation.

Mental health education plays a key role in helping individuals to manage and control stresses that could otherwise lead to unmanageable anxiety or depression.  The ability to recognize the symptoms of a developing illness is also critical for obtaining timely and appropriate treatment to prevent the condition from becoming worse.  Educate yourself.  You never know when a storm might change direction and catch you on the open ocean.

Epilogue:  Captain Harry’s ship broke loose of her tether line to the freighter but made her way back to her home port on her own, with the tide, one day after her captain’s return.  Virtually undamaged by her experience, she was carrying passengers again in two weeks.