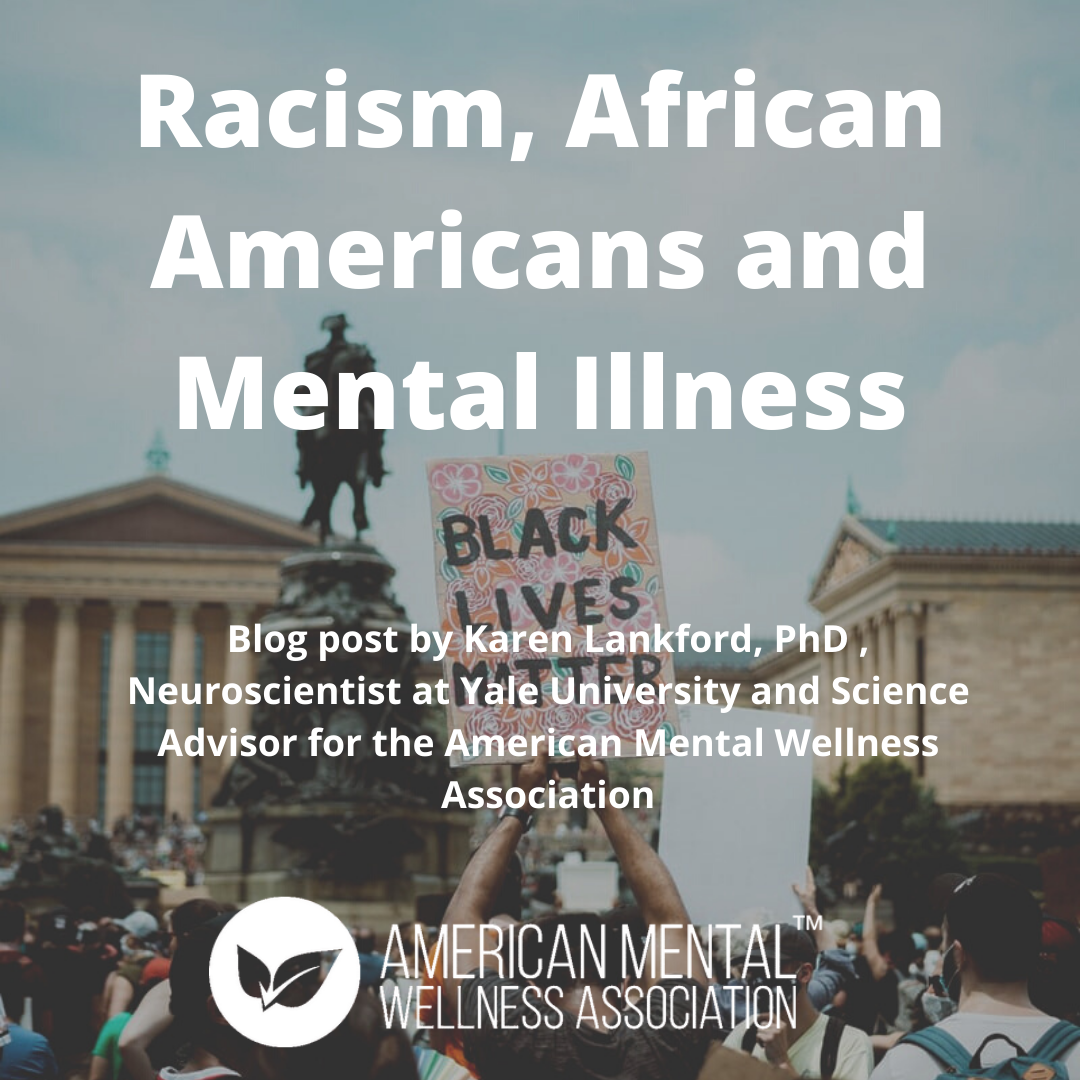 It is hard living a successful life while coping with racism in America.  African Americans must constantly monitor their own behavior whenever they are in public, knowing that the most innocent action might be interpreted as a threat and result in the police being called, or worse.

It is hard living a successful life while coping with a serious mental illness.  Medication rarely eliminates all symptoms and people living with conditions like schizophrenia or bipolar disorder must constantly monitor their thought processes and emotions to make sure they are not slipping into delusional thinking or reacting inappropriately to the situation.

How much harder it must be for African American’s living with mental illness?   How could you ever be sure when the feeling that you are being watched or followed might be real?  All too often, police cars or store security officers do follow African Americans who are just going about their lives.  All too often, white neighbors do watch their darker skinned neighbors’ houses, looking for an excuse to call the police and white coworkers talk about black coworkers behind their backs.   You know that if you happen to be in the area where a crime occurs, you will automatically be considered a suspect, and if you hesitate to respond to a police officer’s orders while you try to process what is happening and block out the voices in your head, you might end up beaten or dead.

While watching the protests occurring across this nation in response to police officers’ killing of yet another unarmed black man, spare a thought for all the African Americans in this country who are living with mental illnesses and have yet another reason to fear.

We need to reform the way the police deal with the public, so they actually serve and protect both racial minorities and individuals with mental illness, as well as those who fit both categories.

and Science Advisor for the American Mental Wellness Association